Uruguayan author Eduardo Galeano writes an engaging, entertaining memoir of his life-long love affair with soccer. Along the way, he treats the reader to several excellent anecdotes and more than a few surprising number. His thesis, such as it is, is to explain why soccer is important, in the grand scheme of things, and how the sport brings people together. He cannot resist as few potshots at both FIFA and UEFA for excluding the Americas, Africa, and Asia (though that changed, to a small degree, in 1994, which he notes. The book, of course, was published seven years ago so it cannot take into account the 2010 World Cup in South Africa).

Galeano has an informal style of writing that lends itself to the book’s structure, which is a series of small one to five page chapters. Each chapter has a theme that highlights a particularly important point in soccer’s history. Soccer as religion is a particularly important theme throughout, as players and fans pray, coaches invoke God or the Virgin Mary (p. 65-67), and priests bless home pitches for good luck. Of course, that also leads to people placing curses on rival teams (p. 62). From the real to the absurd, Galeano has an excellent feel for why soccer is important not only to Latin Americans (and Uruguayans) but also the world.

To his credit, Galeano avoids connecting soccer to class, as so many authors do, while simultaneously noting the joie de vivre that some teams have and others don’t. That, he writes, has more to do with culture than with class. It’s like comparing the grim machinations of today’s Chelsea or Manchester United side with the unadulterated joy of FC Barcelona. Soccer, Galeano believes, should be enjoyed because if it’s not, it becomes nothing more than a business. And that’s his point: soccer wasn’t always a multi-billion dollar business and now that it is, that doesn’t mean that all the joy needs to be sucked out of it. Soccer in Sun and Shadow is a love letter to the game itself, which is a joyful experience despite the best efforts of those who see it in purely economic terms.

Landon Donovan’s loan deal with Everton has repeatedly been described as “short-term” but I can’t find anyone willing to commit to an actual number. For argument’s sake, I’ll go with between three and six months, though if it’s the latter I don’t think the Galaxy or MLS would be happy since that would likely prevent him from joining the club until after the World Cup. But that’s neither here nor there; what’s important is that Donovan is, once again, playing in Europe.

Andrea Canales is already trying to decide if he will pave the way for more Americans in the Premiership. What she, and other Americans, don’t realize is that most Americans can’t handle the Premiership. The players aren’t coddled there – unless you’re a huge star, but even then you might not be coddled – like they are in American sports leagues (a constant – and valid – criticism of US sports is that it deifies its players ever earlier; perhaps local soccer coverage in Europe does the same thing, though). In any event, I think Donovan is particularly well-suited to success in Europe, provided he gets over his homesickness issues, because he has the technical skills other US players lack.

Technique is what sets him apart on the national team. He is clearly the best player and, over the past 24 months or so, has put it all together, finally. He is on an incredible run of form and it’s only right that he gets rewarded for that by challenging himself at one of the highest club levels. But here’s the reason he won’t be completely successful, despite his technical ability: he doesn’t have that killer instinct.

Look, for example, at the most successful US players in the Premiership: Brian McBride and Clint Dempsey. Although they weren’t as technically sound as Donovan, they had something he doesn’t: a massive chip on their shoulder. McBride and Dempsey are pitbulls who want every ball on every possession. They are balls-to-the-wall all the time while Donovan is not. I think that’s what US players need to succeed in Europe in general and England in particular.

Perhaps Donovan is developing that side of his game. Perhaps he can put aside his homesickness issues, which probably stem from the fact that he’s been the best player on every team he’s ever played on in the US while that wasn’t the case at Leverkusen and Bayern. He needs to see Everton as a chance to prove he belongs at the highest level and he needs to prove that he won’t back down. That will help him, and the US national team going forward.

This is a couple of days old but well worth posting. I think this is great. Good of Donovan not to take himself too seriously; same goes for the Mexican lottery. 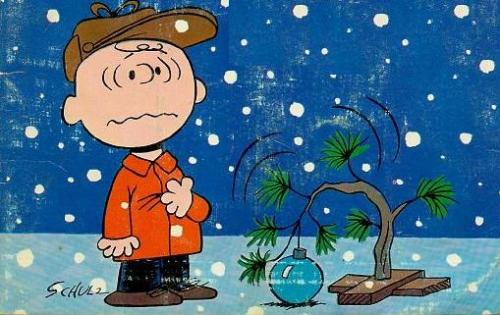 I had a long Christmas break. Sue me.

I hope everyone had a Merry Christmas (or whichever holiday you practice) and a happy new year.