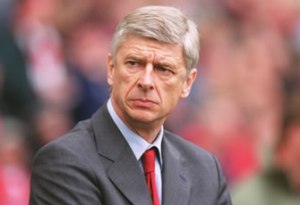 Arsène Wenger thinks the new rules on Premiership teams (25 players registered, 8 of which must be homegrown) will be “disastrous.” To quote the man himself, “I am not a big fan of it because it puts, first of all, many players without clubs. Secondly it puts the clubs in a weak position most of the time in the transfer market because when you already have 25 players and you buy another one, you know you have 26 and now have to get rid of one. So when you buy a player, you have to integrate into the transfer how much it will also cost to get rid of a player because you are not sure if you will be capable after of selling the player.”

MLS is considering a 34-game schedule next season (2 games against each team). But that will only work for one year since Montreal is joining in 2012 (though logic dictates that they should just go to a 36-game schedule). In any event, this is a good thing. Balanced schedules always are.

In other MLS news, Seattle traded Freddie Ljungberg to Chicago for a draft pick. I was surprised by this move but apparently the Sounders decided to cash in on their designated player.

The Freddy Adu saga continues and, once again, he fails to latch on with a club. This time, Swiss club Sion decided against signing the American international. I’m not sure where Adu goes from here since he’s clearly not in Benfica’s plans. Perhaps a return to MLS is in order, at least so he gets some playing time. 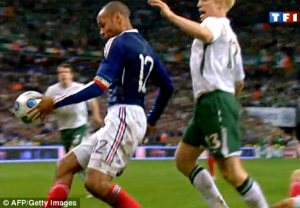 Ireland has given up its quixotic quest to become the 33rd team in the 2010 World Cup. Well, I’m glad that’s settled. I was getting worried that the Irish FA might embarrass itself.

Arsène Wenger says he’ll spend money in January to replace Robin van Persie, who’s out, apparently, forever. The kicker is that Wenger will only spend “at the right price.” Of course he will. So don’t get your hopes up, Arsenal fans.

Amid speculation that Sergio “Kun” Agüero is off to Chelsea in January (ahead, apparently, of the transfer ban that was supposed to be in effect), even AS.com says ESPN is responsible for that rumor. When AS disavows a rumor, you know it can’t be true.

Lionel Messi won the Ballon d’Or. Like anyone is surprised by that.

Arsène Wenger today announced that he is disappointed with the way the French team qualified for the World Cup. He said:

“For the sense of justice it is quite embarrassing to see. I think even France is embarrassed. We didn’t play well at all and we won the game and won the qualification with a goal that was not a goal.”

Combine that with his lucid, though somewhat wrong, comments about signing young players and we have an interesting question: is Wenger the moral compass of the soccer world?

It’s interesting to ponder, esp. considering his transfer record. As Arsenal’s manager he has not been afraid to use the rules to his advantage. However, he also has the courage of his convictions, which is a good thing.

I’ll have to think more about this. What do others think?

Arsenal manager Arsène Wenger was asked to comment on managing Real Madrid on the weekend. He said:

“With Florentino Pérez in charge, the project he has put forward would be ­interesting for any coach but I would prefer not to comment on this.”

That is, as the Guardian noted, the first time he’s never come out and said he’s committed to Arsenal. Very interesting. I’m inclined to believe, along with some others, that Wenger is posturing for a larger transfer kitty this summer. That, too, is interesting. In the past he hasn’t usually made a big deal about money, mostly because he’s content to buy infants in pursuit of the never-present “future.”

The change means, of course, that he might be listening to his prize recruit, Andrei Arshavin, who has recently declared that Arsenal need more “players like [him]”. Arshavin means, of course, players who are 27 or so. That is, players who have already developed a little and won’t crack under the pressure of European competition. Arshavin is, of course, correct in his analysis. When has Arsenal played its best since January? With him in the line-up. Granted, he’s a singularly talented player, but it can’t hurt to have a couple of more players like him, with similar experience, on the back line and in the middle of the pitch. Perhaps this vague shot across the bow of the Arsenal board is Wenger’s first signal that he’s ready to supplement his kiddie corps with some able veterans.

Beautiful football… or not

I’ve been reading a lot lately about beautiful football and how Barcelona and Arsenal supposedly play that way. Now, Barça I can understand. They do the tic-tac-toe build up with ultra-talented midfielders and very capable strikers. They have Messi to make sparkling runs whenever things get clogged. They have capable fullbacks who can make a stop and make the right pass. Arsenal, alas, has none of that.

Arsenal’s infants are talented – which is because Wenger’s scouting system is first-class, I’ll give him that – but they have neither the experience (since they’re all under 22 and just got done playing in their local house league) nor the technique (because they haven’t had time to learn it). I can appreciate that Wenger wants to play a certain way; but you need to go get players to fit in to that way. In Arsenal’s case, everything revolves around the central midfield. Cesc Fàbregas is an outstanding player, perhaps one of the top 25 in the world, off the top of my head. But he can’t do it all himself. Thus, as in Football Manager, Arsenal’s midfield needs balance; it needs a holding mid with power and poise. In short, it needs its own Genaro Gattuso. Unfortunately, because of Wenger’s asinine transfer and contract policy, he’s not able to hold on to players when they reach their prime. Thus, Arsenal’s desire for beautiful football – meaning flowing runs and passes right onto the feet of those runners – is stillborn.

That is not to say that the potential for beautiful football isn’t there. Theo Walcott is a gifted athlete and a talented player but in no way can he be considered a world-class player. His skills need refining so Wenger should look for a technically gifted winger on the downside of his career to come in and tutor Walcott for a couple of years. It would do wonders for the boy and, perhaps, for Arsenal’s vision of itself.