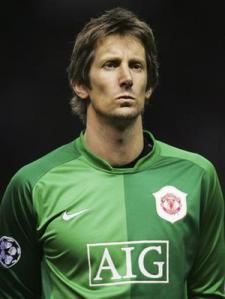 According to the always reliable Sun, Edwin van der Sar has rubbished reports that he’s retiring at the end of the season. Perhaps he wants to win the FA Cup (one of the few trophies he hasn’t won yet), as United’s goalkeeping coach has suggested. Or, more likely, he can still perform at a high level for a couple more years.

The best plan would be to buy a successor and split games for a year or two. Van der Sar is nothing if not professional and I’m sure he’d be happy to bring his heir along somewhat slowly. This would allow Sir Alex to go get Igor Akinfeev from CSKA Moscow and give the new keeper time to adjust to England, learn the language, and learn from van der Sar. I still believe Akinfeev is a better choice than Atlético Madrid’s David De Gea. 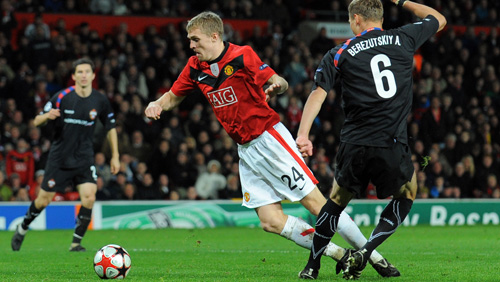 Before I talk about United, I want to talk about CSKA Moscow. I am impressed with them, even if the chairman pulled off something even his Football Manager counterpart wouldn’t: firing a manager, in this case Magic Juande Ramos, after less than three months in charge. That takes some serious stones. But that’s not why I’m impressed with them.

I am impressed because they play together as a team, first of all. Throughout the match, they all appeared to be on the same page, offensively and defensively. I can appreciate that when it happens at the highest levels. Barcelona is the best example while United only does it sporadically. Second, I really enjoy watching Alan Dzagoev and Igor Akinfeev play. Even though United doesn’t need either, I think Sir Alex should go buy them both ASAP. Dzagoev, in particular, had tremendous promise, as proven by his outstanding goal today. My jaw dropped when it happened. (Incidentally, if anyone has a video of it, post a link. I will when I find it.) So it’s bad luck that they only got 1 point today.

For their part, United didn’t play very well. Starting a glorified Carling Cup side, Sir Alex put a lot of (misplaced) faith in his back four, esp. Fabio (who looked terrified on the pitch). When he was replaced by Patrice Evra, I exhaled. To be fair, Federico Macheda looked very comfortable on the pitch; I am increasingly convinced he is the real deal. But it was Wayne Rooney that changed the match’s tenor. He brought enthusiasm and passion to the pitch, not to mention two excellent scoring chances. Michael Owen played well, as did Gary Neville. But it was still an average performance at best (I disagree with Richard Jolly’s assessment that United found its focus; if anything, Rooney’s effort shamed the rest of the squad into tying the match).

The upshot is that United are through, even after a lucky 3-3 draw (along with Chelsea, but more on that later).

Huzzah! The Champion’s League is back 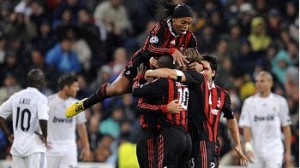 Yeah, I’m overreacting to group games. But unlike some other killjoys, I actually like the Champion’s League.

Groups A through D are in action today with the most interesting game, IMO, taking place at the Giusepping Meazza, where AC Milan look to defeat Real Madrid again (recall that Milan won 3-2 in Madrid in the last round). You can be sure that Madrid will be out for blood while Milan and its fans will be pumped up. Should be a spectacular game overall.

At Old Trafford, United takes on CSKA Moscow following their 1-0 win in Moscow. Igor Akinfeev is excited: “We are playing a legendary team in a legendary stadium. It will be an inspirational game, the most important in our careers.” Personally, I hope he puts on a good show and gets used to the ground because I want him to join United when Edwin van der Sar retires. But that’s just me (and the priority for January should be a central defender). 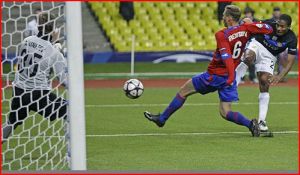 I can’t say it was the prettiest game I’ve ever seen but Manchester United’s defeat of CSKA Moscow in Moscow was effective. In the end, Antonio Valencia slotted the winner home, getting United 3 vital points and dealing CSKA’s hopes of advancing to the round of 16 a mortal blow. All of the details can be found here.

It wasn’t particularly beautiful, though it was patient. The midfield play was ragged as possession was lost more frequently than anyone would like. Up top, Dimitar Berbatov was extremely annoyed (perhaps his nerves were frayed because he hasn’t gotten any sleep since his wife had a baby a few days ago, hehe). He yelled at more than one player and failed to cash in his relatively few chances. Over the past year and a bit, people have commented that he’s too laconic; while he rarely displays emotion, he’s usually in the right place. Though, to be honest, he has missed an anecdotally high number of chances. But such is the life of a striker.

Back to the game. United were very patient, building up play slowly. It wasn’t beautiful but it was effective. The end results were a series of good chances, culminating in Valencia’s goal. Sir Alex will be pleased.

What does this mean, in the larger sense? Well, United continue their good run of form in all competitions. That bodes well for Sunday’s clash with Liverpool. It also moves United to 3-0 in the Champion’s League, meaning qualification for the round of 16 should be relatively easy. The team should be confident since they put in a good performance with a lot of first-choice players missing; depth is important and it was one of the questions facing Sir Alex at the beginning of the year. It wasn’t a pretty win, but it was a good win. 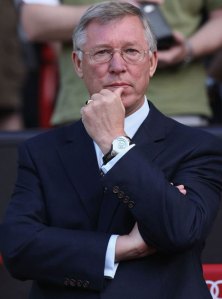 When I look at the teams on paper, CSKA Moscow appears overmatched. Aside from silly numbers like 50 (Anton Grigoriev) and 46 (Aleksandr Stolyarenko), CSKA simply doesn’t have the names to compete with United.

But that doesn’t mean that CSKA isn’t good. Clearly they’re good enough to qualify for the Champion’s League though, this season, their form is a little off in that they’re currently 4th in the Russian league, with 43 points. In the Champion’s League, they’ve lost to Wolfsburg (no shame in that) and beaten Besiktas (a good victory, in my opinion). So they’ve been up and down this year.

Which brings us to tomorrow. CSKA have two advantages: 1, they’ll be at home and 2, United have never beaten a Russian team in Russia. With those in mind, I think CSKA needs to come out flying and try to pot an early goal. It’s essential that Alan Dzagoev, the star midfielder with 7 goals so far this season, have a good game. Tomas Necid and Milos Krasic are also dangerous. Igor Akinfeev, a favorite of Football Managers everywhere, will get a chance to impress on soccer’s second biggest stage. Lastly, CSKA need to use United’s injuries to their advantage.

So what of United? In short, they need to play defensively but be willing to counter-attack. With all the injuries, the strength will be in the midfield and if they can control that area, things bode well. As mentioned, they have to control Dzagoev and the return of Nemanja Vidić should help with that. I’m not sure what the rest of the backline will look like, though.

I’m pretty much retired from predictions but I think the injuries and CSKA’s home advantage means a draw. 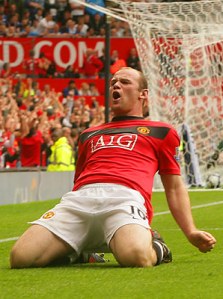 So Manchester United are traveling to Moscow to play CSKA Moscow in a Champion’s League tie this Wednesday and word is that several thousand starters will be unavailable. The mission’s status is yellow at this point.

Wayne Rooney, Park-Ji Sung, Patrice Evra, Darren Fletcher (will he ever get to play in Moscow? Seriously), and, perhaps most importantly, Ryan Giggs, all missed the the flight today with various injuries.

So what does that mean? It means that Sir Alex will likely take a defensive, counter-attacking approach in order to minimize the damage. Though Dimitar Berbatov and Nemanja Vidić made trip (and I expect them to play), they’re both recovering from injuries. And Vidić has to cover for Rio Ferdinand while he remembers how to play defense. Not good.

This is not to say that United are doomed. Perhaps the injuries are Fortuna’s wheel turning since the Red Devils have had so much luck in the Premiership. I really don’t know. I do think that Sir Alex will inspire a fine performance.

I’ll have more in the preview tomorrow, though.